Way back in 2011 I was slagging it off, amazed that it had climbed to USD3.50.  I should have made a substantial investment then but that is the benefit of hindsight.  Now, the price is approaching AUD4000 each!

We went for a ride on our MV’s today.  Ron’s was fine, mine didn’t get to the actual start. It was the 2016 Distinguished Gentlemen’s Ride.

Here is a pic of us both at the on the way to the start line in Kings Park, the start was in City Beach.

Electrical issues again; bike stopped in Subi and then, after I decided to carry on again, in Perry Lakes.  It wasn’t raining when I broke down so all good but bike recovery services are always expensive on a Sunday.  I suggested to the recovery driver that he should hang around the ride today, about 1000 bikes means at least 1 more will break down.

Turns out the 350B isn’t charging.  I rode to Kings Park with lights on which drained battery.

There is a 4 days MTB ride here in WA called the Cape to Cape.  I have entered to ride it this year, should be a hoot with 4 days of off road riding of about 60km per day.  Have been considering a multi-day event for some time and I recon this will be a great introduction.

Fortunately I have a cousin that lives down that way that I will be able to stay with during the time there. – I dare say I won;t be much company, likely to fall asleep by pm each night but we’ll see how we go.

It starts in about a month, better start riding some more km!

On this road, in this duress, you live in the moment with all your force, in the intensity, the fullness of the moment.

Thanks to Mr Graeme Fife for this……Original article here.

Saturday afternoon I took the Benelli Sei for a road test for about 20 minutes.

It ran well without any problems mechanically, however, electrical system didn’t cope well with a poor battery.  Looks like the battery is failing and needs replacement after 18 months of little use and not being trickle charged continuously.

Number 2 cylinder smoke settled right down by the end of the run which is great news.

Now I just need to find a service station that has an air hose that will actually fit the valve on the wheel – after trying 5 service stations on the run none of them will fit.

Last night we installed the various crankcase breather pipes, coils, 6 spark plugs, the 6 magnificent exhaust pipes, installed the fuel tank and filled it up.  The battery was a bit low so when the cranking started to slow down a bit I kicked it over using the kick starter.  Two prods and off it went.

It seems to runs well so far.  Less smoke now from all the cylinders all though number 2 started to get a little more smokey than the rest after a few minutes running – I’m guessing (actually I hope) that it should settle down once the rings bed in and the oil burns out of the exhaust pipes that exists from before rebuild.

Pics as always and a little video as a treat.  Sounds is average as its from my mobile phone but you get the general idea. 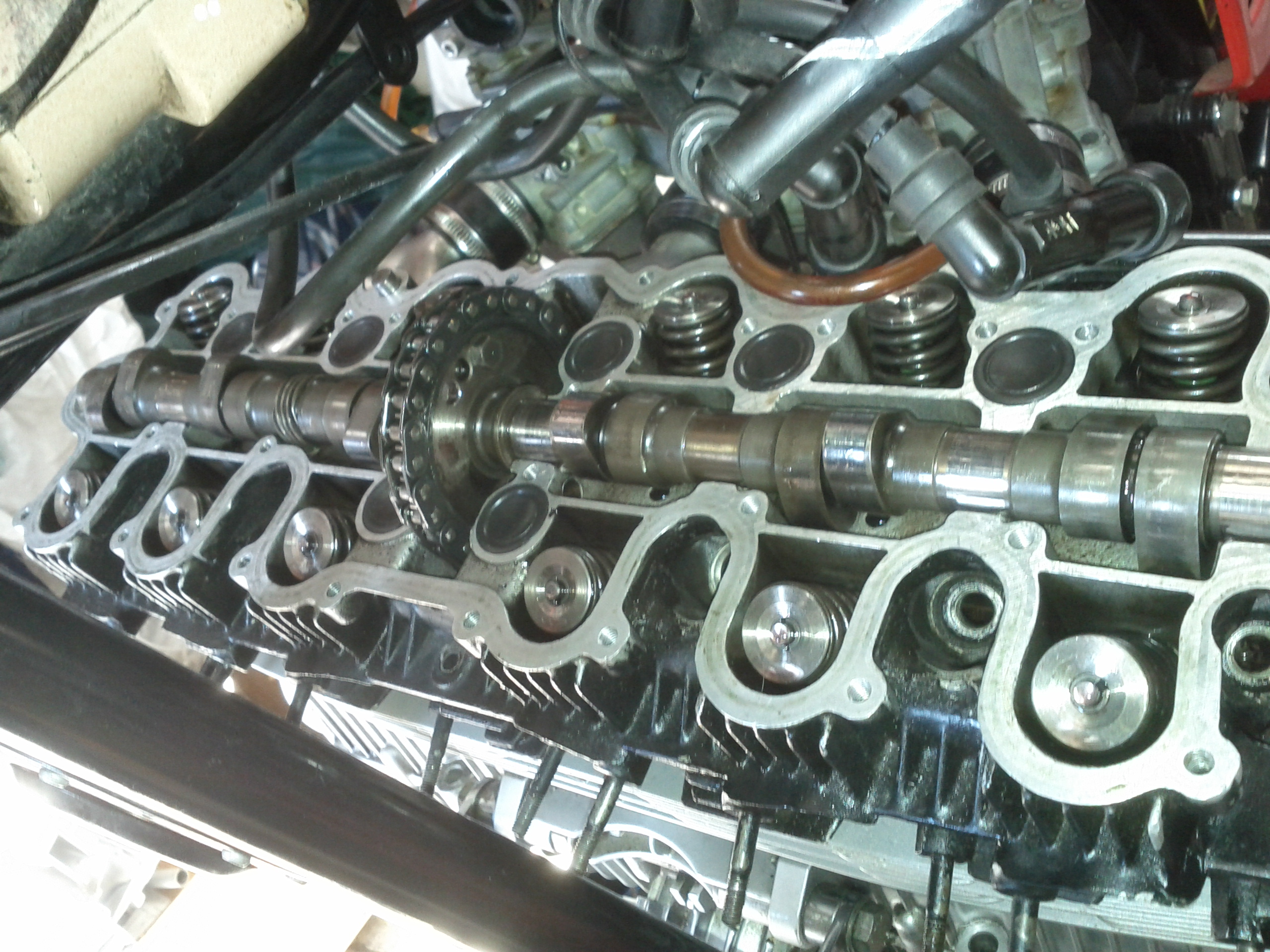 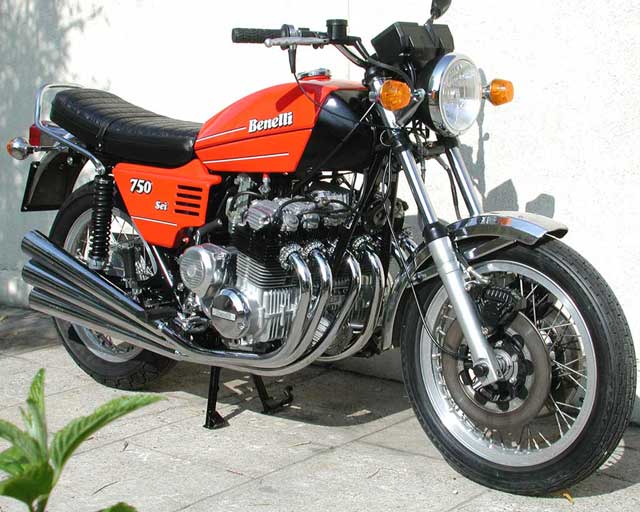 My father and I have a few 70’s Italian motorbikes, one of which is this 1973 Benelli 750 Sei.  Sei in Italian means six – the bike has a straight six cylinder engine with accompanying 6 exhaust pipe – its madness – hideously over engineered but at its heart it is very similar to a Honda 750 from the same era but with an extra 2 cylinders.

We have owned it for about 4 years, bought it not really running and unregistered.  Registration of it was a bit of a drama but it was eventually achieved, however, it has always smoked from number 1 cylinder (the left hand side one).

We pulled the head off about 3 years ago thinking it was valve stem seals or something at the top of the engine leaking oil – replacing of all valve guide seals and a new head gasket didn’t fix it and it got progressively worse so that now 1,2 and 6 are blowing smoke.

There was nothing else for it but to pull the thing apart again so about 3 years after the first pull apart off we go again.

Its turns out the piston rings, in particular the oil rings, were all odd styles and were not doing their job, of the 6 pistons there was about 4 different oil rings being used, 3 of which were not tight enough in the bore to do anything really and one of which was badly damaged – no wonder it blew smoke like a two-stroker.

The problem with having such an obscure bike is that the suppliers of parts are fairly limited so it was http://www.benelliparts.de to the rescue with a new set of piston rings, head and base gaskets and various o-rings that we may as well replace while we have it open.  We also purchased a tool that compresses the piston rings so that they will slide into the bore.

After having the barrels honed and the whole cylinder block bead blasted it was time to put the new rings on and “try” to get the 6 pistons into their cylinders.  To say it is a little fiddly is an understatement.  There are 6 cylinders, all at various heights going into a cylinder block that is one piece.

After about 2.5 hours of fiddling we had managed to get cylinder 2, 3,4 and 5, however, 1 and 6, because of the clearance between the bottom of the barrel and the top of the crank case, were much more difficult they need to go up into the cylinder but to do so required the rotation of the crank which resulted in pistons 3 & 4 coming out of the bottom of the cylinder so in the end at 1:30 in the morning we called it a night and decided to take the cylinder block off again and start again another day.  Never mind, nothing broken at least which is the biggest problem with things like this when you are frustrated and tired.

Had to try out wptogo. I plan to use it heavily in next years Milan to Taranto race.

My dad is currently riding across australia with someone who is raising money for st vincents hospital in sydney. Read all about it here

Enjoy the view from my desk at work….. 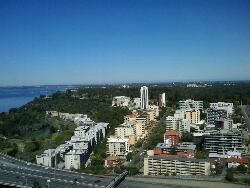 I enjoy technology and Linux, I run my own server so I created this so that I can keep anyone that’s interested up to speed on what I’m up to.

I’ll be making it pretty as I go so stay tuned.